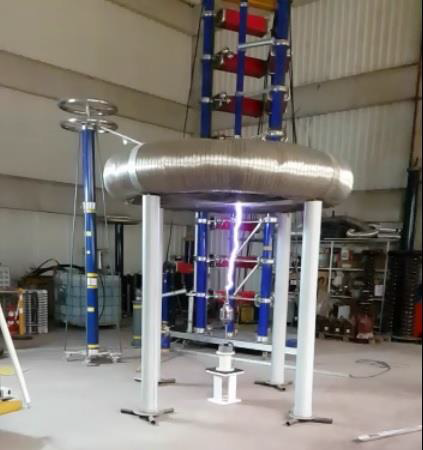 In the ESE system, the internal design arrangement senses lightning down streamers and triggers upward leaders prior to other passive objects in the structure. Since the upward streamer is triggered in advance when compared to other conventional air terminals, the area protected by the ESE terminal will be larger than that of conventional terminals.

NFC 17-102/2011 has given the testing sequence of the ESE lightning air terminal.

During testing, all the dimensions of the air terminals will be physically measured and the actual values will be verified with the dimensions given by the manufacturers.

NFC 17/102 explains about two different types of tests to be performed on the ESE air terminal sample to ensure its operation on adverse environmental conditions. The tests are as follows.

Salt mist treatment has to be done as per NF EN 60068 –52 standard with level 2 severity. The sample should be subjected to salt & fog (sodium chloride solution) atmosphere for 3 cycle -72 hours

The sample should be tested in a humid sulphurous atmosphere with seven cycles and a sulphur dioxide concentration of 667 ppm (in volume).

Each cycle should be carried for 24 hours. There are two periods

The sample should be tested for 16-hour standing period.

The ESE is subjected to the following tests without cleaning after done salt & Sulphur mist test. 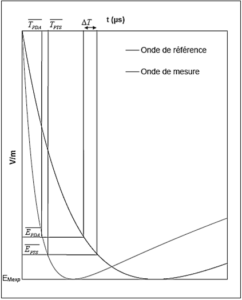 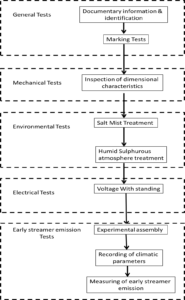 Why do the sequences need to be followed?

The sequence of testing is kept in such a manner to inspect and confirm that the ESE sample after going through the rigorous environmental tests and current carrying tests, the sample is still be able to sense downward leaders and trigger upward leaders at an advanced time than the conventional lightning air terminals. That's exactly why the standard says that these tests are to be carried out in the same sequence with the same sample as mentioned in their requirements to qualify the sample as an ESE type Air Terminal.