Lightning Protection System (LPS) is considered to be the most effective measure for protecting the structures against physical damages due to lightning. It usually consists of both external and internal lightning protection systems.

During the passage of lightning impulse current through the components of LPS, sparking may occur between the conductors and any other metal structures. IS/IEC 62305 suggests that the dangerous sparking between an LPS and metal, electrical and telecommunication installations can be avoided by

Equipotential bonding of metal structures with LPS avoids the difference in potential and thus reduces the chances of flashing. In this article, we shall explore about calculating the separation
distance for LPS as specified by IS/IEC 632305.

If a person stands under a cantilevered construction, the actual distance from the construction to the ground should be greater than the overall height of person in addition with the separation
distance for that structure, to protect him from being an alternate path of lightning current. 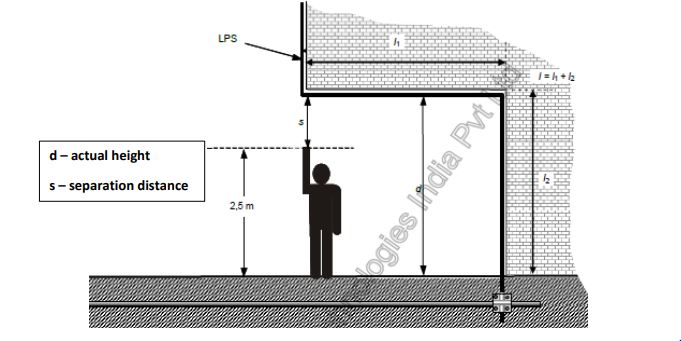 As per IS/IEC 62305, the separation distance (s) can be calculated by,

The length is calculated from the air-termination or the down-conductor point to the nearest equipotential bonding point or the earth termination.

The necessary separation distance depends on the voltage drop of the shortest path from the point
considered, to the nearest equipotential bonding point or the ground electrode.

The value of ki for calculating the separation distance for different class of LPS are as follows.

The value of Km for different materials for calculating the separation distance are as follows.

There are two approaches available for finding the separation distance value. They are,
1) Simplified approach
2) Detailed approach

In simplified approach, the current flowing through the lengths of the conductors of air termination system or down conductor system will be constant. The following conditions have to be considered
for calculating the separation distance.

l - vertical length, in metres, along the down-conductor, from the point where the separation
distance is to be considered, to the nearest equipotential bonding point.

The value of Kc for different numbers of down-conductors can be selected from the below table. 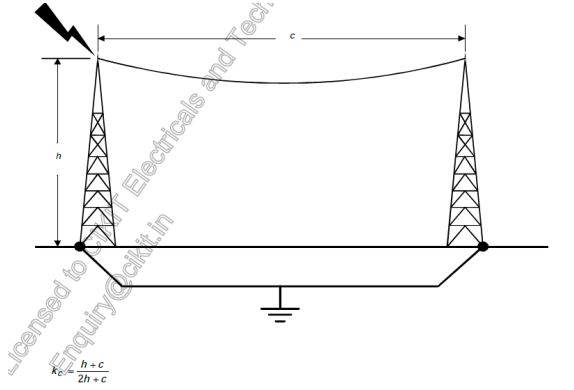 In an LPS with a meshed air-termination system and interconnected down-conductor system, the lightning impulse current will get divided among the conductors at every junction and the value of
current flowing through all the down conductors won’t be same.

For these cases, IS/IEC 62305 suggests a more accurate evaluation of the separation distance s 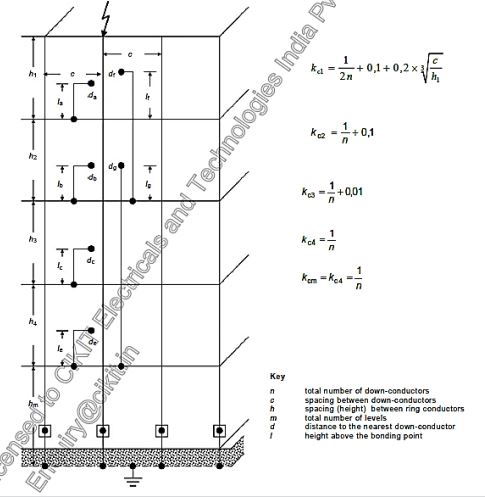