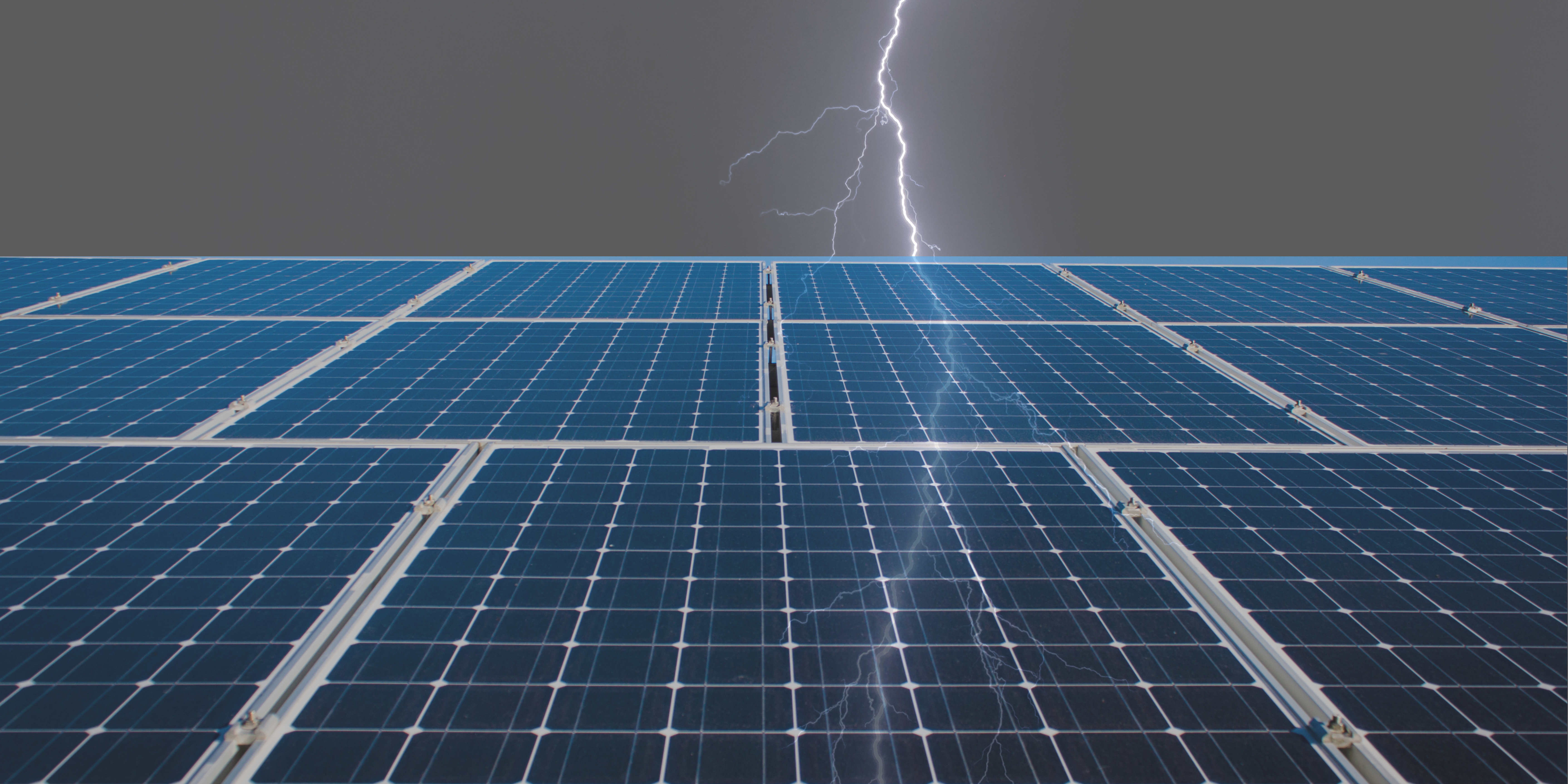 Lightning is one of the most destructive phenomena of nature. It can cause damage to humans, structures, electrical and electronics equipment. Currently, due to global warming, the entire world is moving towards Renewable Energy, and Solar Panels are at high risk due to the possibility of destruction by lightning strikes due to its elevation and the widespread vacant land areas chosen for the installation of such structures. Redesigning or modification of Lightning Protection System post the installation of these structures isn’t advisable as it would attract heavy expenses and hence a properly designed LPS as per relevant standards is mandated.
Lightning could strike and cause damage to the solar panels either directly or indirectly. External protection of solar panels against direct lightning strikes needs an air terminal to intercept the lightning strike, a down conductor to provide a dedicated path, and an efficient earthing system to dissipate the lightning current into the earth.
Internal protection of solar panels needs an appropriate surge protection device to protect these solar panels from getting damaged from a surge current caused due to lightning strikes.

In a non-isolated Lightning protection System, the air terminal is mounted on the panel itself. The number of air terminals to be installed to protect a panel depends on the dimensions of such solar panels. 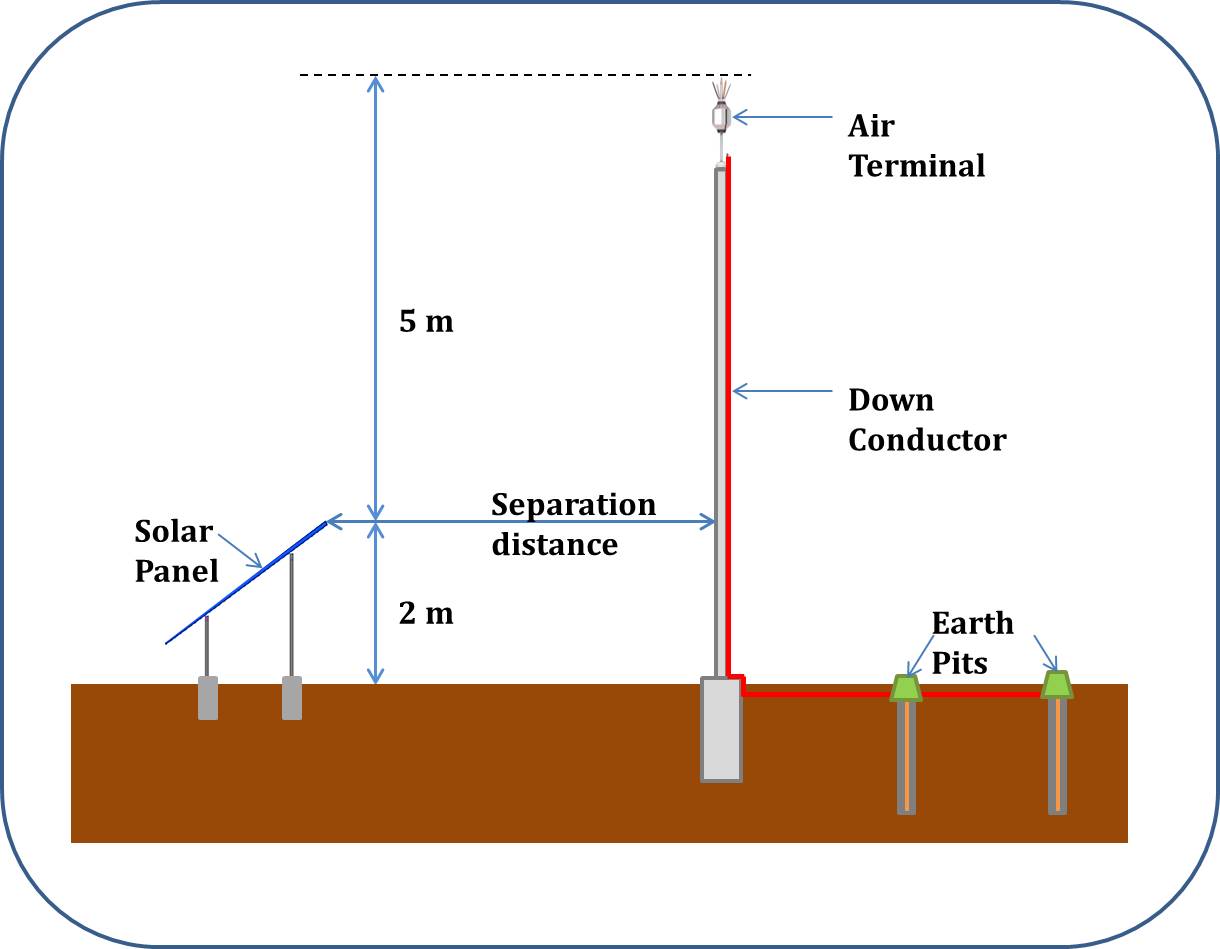 In isolated lightning protection, the air terminal is mounted on a mast of a certain height to provide appropriate elevation as per the design and is placed away from the solar panel/panels to be protected. This separation distance between the solar panel and the Lightning Protection System shall be calculated as per relevant standards.