The air terminals are installed at the highest point of the structure to be protected to intercept the lightning current downward leader and to provide a specific and safe path via the connected down conductor and made to dissipate such high lightning current into the ground through the earth electrode buried into it.

There are two types of lightning protection system based on the type of air terminal being used. The conventional lightning protection system is called a passive air terminal and the designing for the same is carried out based on IS/IEC 62305 part 3. The other type of Air terminal is an active type of air terminal for which the design will be carried out based on NFC 17-102. Whether to design Lightning Protection System as per the conventional IEC 62305 standards or by following the modern French NFC 17-102 standard, we are unbiased.

The probability of a structure being struck by a lightning flash can be greatly reduced by a properly designed air termination system.

The position of the air termination system shall be designed by using the following placement methods as specified by IS/IEC 62305-3.

Protection Angle Method or Cone of Protection Method is the traditional method of protecting the structures from lightning strikes. It is suitable for simple shaped buildings. It also has limitations on the height of the air terminal

In the Rolling Sphere Method, the air termination system shall be positioned by rolling a sphere of radius r around and on top of the structure to be protected in all possible directions. Rolling Sphere method shall be used for all types of buildings.

Mesh Method of lightning protection is suitable for structures with flat surfaces and sheds having slope less than 1/10. The size of the mesh depends on the class of LPS.

CIKIT with its R&D team is proud to present Armour ESE type Lightning Arrester, conceptualised, designed and developed for the market, which works on the principle of Early Streamer Emission type lightning protection system in accordance with NFC 17-102.

ESE air terminal is an active type of lightning arrestor. It is an electro mechanical device and does not require any external power supply for its operation. The internal design of ARMOUR ESE air terminal is designed in such a way that it stimulates upward leaders before any other object within its radius of protection.

Since the Armour 60 module triggers leaders 60 µs prior than other passive objects, the upward leader can propagate to a long distance which results in a larger radius of protection than Armour 25 and Armour 40 modules. 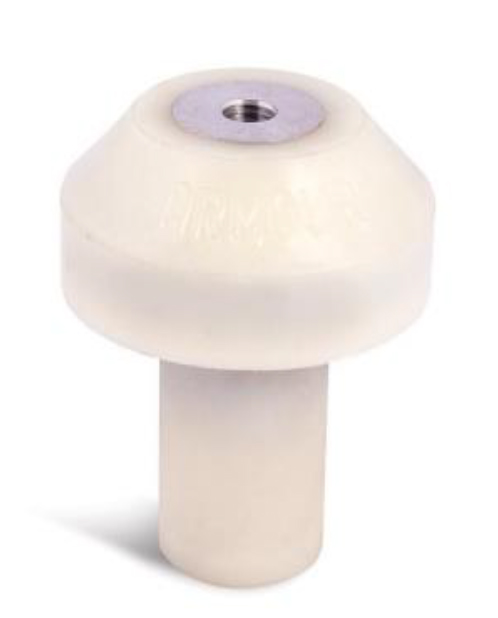 BASE PLATE AND SUPPORTING MAST

The Lightning Event Counter is a device used for sensing the lightning impulse and recording the number of lightning strikes that the Lightning arrestor air terminal has successfully grounded. This works on the principle of electro-magnetic induction caused by the lightning current. 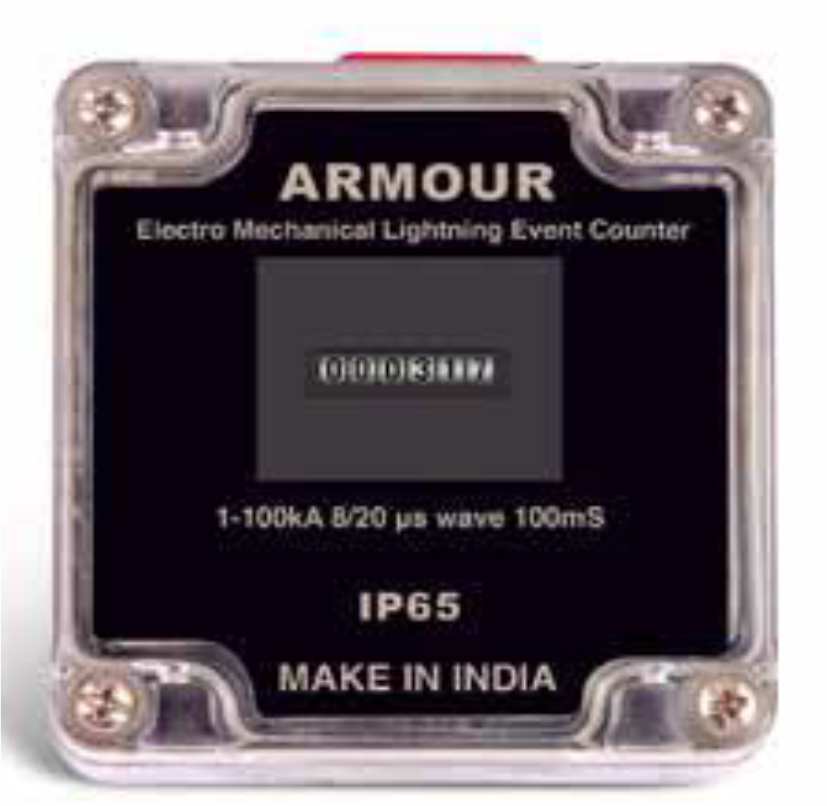 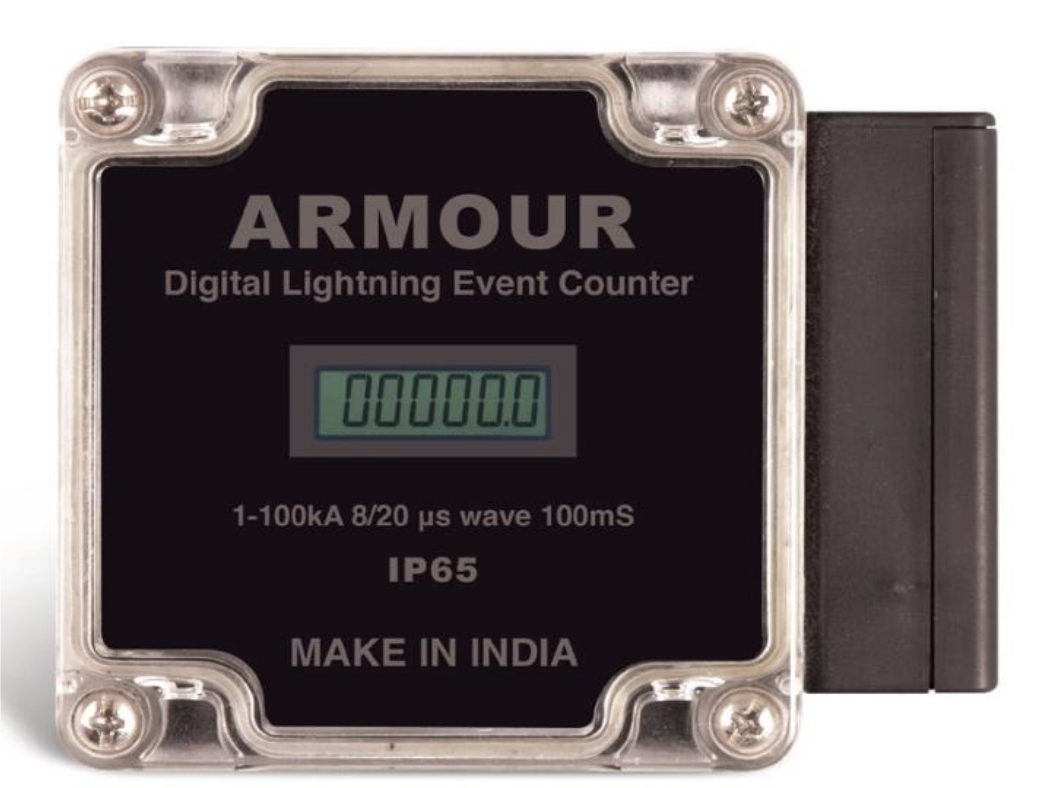 IP65 enclosure for protection against dust ingress and waterproof.
LCD display for better visual clarity and low power consumption.
Non resettable 6 digit counter with maximum count up to 999999.
Replaceable battery.
Sleep mode option controlled by remote to enhance life of the battery.
Tested for lightning impulse current for both positive and negative polarity at CPRI, India.