Impact of Soil Resistivity on Grounding 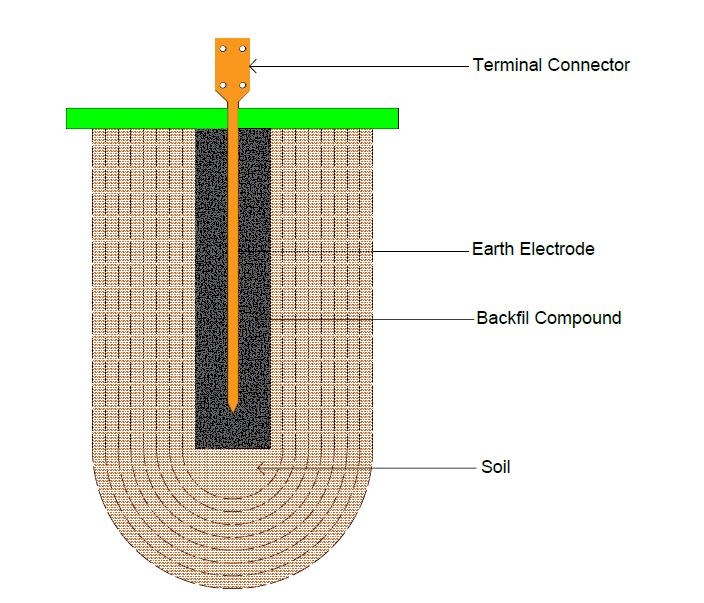 The Resistance to earth of a particular electrode depends upon the electrical resistivity of the soil where it is installed. Soil resistivity has a direct effect on the resistivity of the earthing system and it is an indication of a given soil’s ability to carry electric current to flow.
Earth conductivity depends on some of the contributory factors on given below

✓ Concentration of soil dissolved in water,

Hint: Many of these factors may vary locally, occasionally and seasonally as well.

Effect of Temperature on Earth Resistivity

• The temperature coefficient of resistivity for soil will be negative, but is negligible for temperatures above freezing point.

• At about the temperature of 20°C, the resistivity changes about 9 percent for every degree Celsius.

• Below 0°C the water in the soil starts to freeze itself and generates an enormous increase in them temperature coefficient values.

• As the temperature becomes lower, the resistivity increases drastically. Therefore, we recommended the earth electrode should be well below the frost line.

▪ The resistance of the earthing electrode is depends upon the soil resistivity of particular location.

▪ Moisture content is one of the controlling factors in measuring soil resistivity.

▪ It is advisable to conduct earth resistivity tests during the dry season.

▪ As per standards, if moisture content in soil is below 20%, the resistivity increases very abruptly and if it is above 20% there will be little impact on soil resistivity.

▪ The normal moisture content of soils ranges from 10% (in dry season) to 35% (in wet seasons) and an approximate range may accounts to 16 to 18 percent. 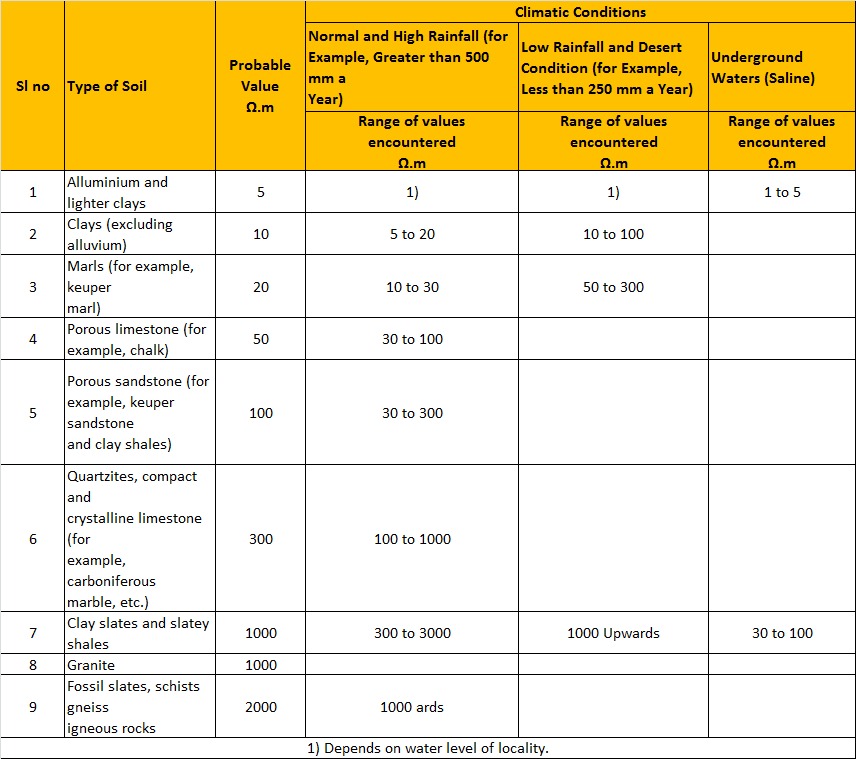 ❖ The Resistivity of the soil will be variable from various ranges to 5% of salt content and a further increase in salt in soil gives no appreciable benefits in improving resistivity.

❖ Small quantity of salt with moisture content reduces soil resistivity in large value but it corrodes the earthing electrode which affects the performance of earthing.

Impact of Soil Resistivity on Grounding

▪ When current flows from a ground electrode into the surrounding soil, it is described as flowing through a series of concentric shells of corresponding increasing diameter.

▪ Each and every concentric shells having greater area to dissipate current into the soil, so resistance become less.

▪ When the current dissipation is in larger manner, the current density becomes smaller that the resistance will be very less.