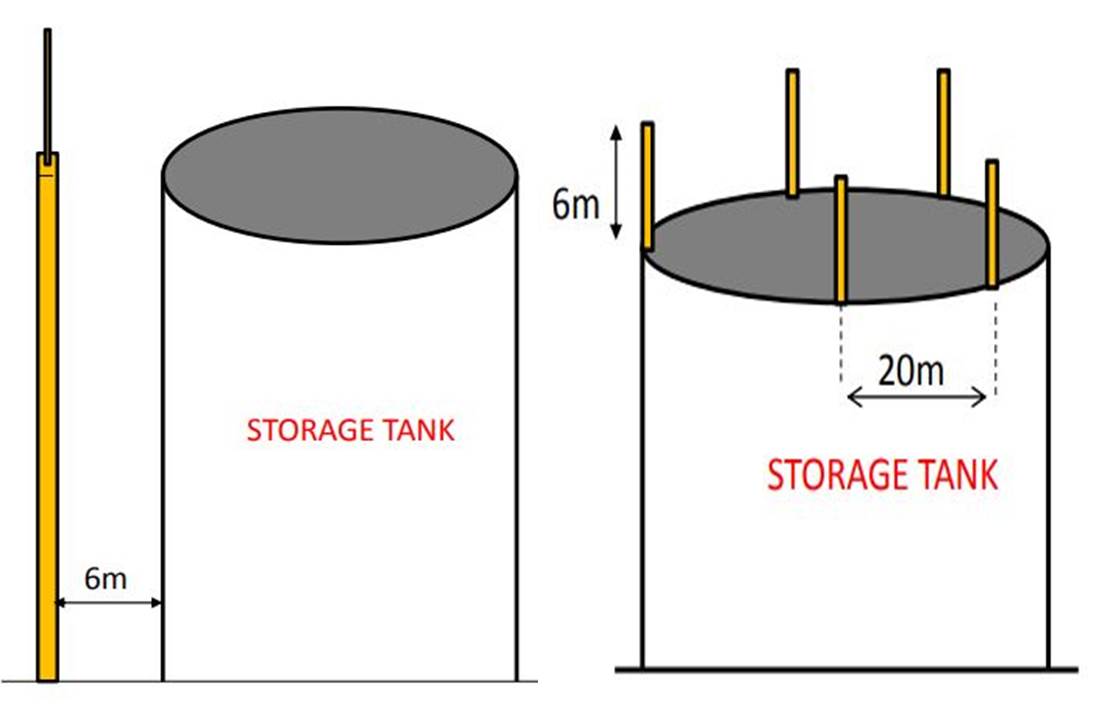 Lightning is one of the most destructive phenomenon of nature. It causing maximum damage to living beings and to the equipment across the globe. Due to the storage of explosive and hazardous materials in the Oil & Gas Industry, a direct lightning strike or secondary surges could lead to major disaster leading to loss of lives, resources and equipments since the average temperature of it can be around 20,000 degree Celsius.

In this article we have explained about design of protection for oil storage tank against lightning strikes given in OSID_GDN 180 and IS/IEC 62305-2 .

The calculation of design of lightning protection can be done by Rolling sphere method.

IS/IEC 62305-2 has mentioned at least level 2 protection is necessary for the structure with risk of explosion.

A properly bonded and earthed metallic tank is self protected When the steel tank shell or Roof thickness are of minimum 4.8mm, separate air terminal and down conductor not needed.

A separate lightning protection is needed when the steel tank shell or roof are of less than 4.8mm

Lightning protection for storage tanks can be done by three methods

Use of Air terminals:

In this method air terminals will be placed on the surface wall of the storage tank. The protection zone provided by the air terminals depends on the diameter of tank, height of air terminals and Distance between the air terminal around the perimeter of the wall. The use of air terminals can be applied to floating roof tanks for reducing the probability of rim fires due to lightning strikes since the space around the rim has relatively higher possibility of flammable atmosphere being present due to leakage from improper sealing.

OSID_GDN 180 has given the calculation of number of air terminal 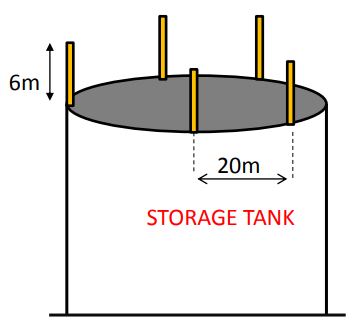 Use of lightning mast around the tanks:

The following basic needs to be considered for the protection of storage tank by lightning mast:

1. The Lightning mast should not be placed 30m away from the tank
2. Mast shall be placed 5 to 6m from the tank to reduce the effect of side flashing. 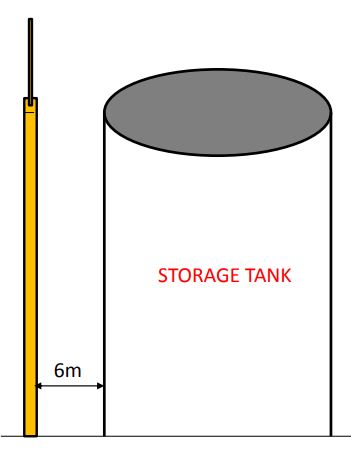 Use of overhead line: